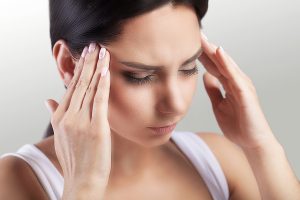 Have you been diagnosed with Meniere’s Disease? If you have, you should consider seeing a vertigo chiropractor in Kelowna.

Meniere’s disease can be a debilitating condition that causes severe vertigo attacks, tinnitus (ringing in the ear), the feeling of pressure or fullness in the ear, and hearing loss that worsens over time.  What causes this set of symptoms is an abnormally large amount of fluid called endolymph that accumulates in the inner ear. It’s unclear why, in those who develop Meniere’s disease, endolymph collects in the inner ear, but theories include poor fluid drainage because of a blockage, genetic predisposition, an autoimmune reaction, or viral infection.

The Progression of Meniere’s Disease Symptoms

The symptoms of a Meniere’s attack can vary from person to person and affected individuals’ attacks may differ from one to the next.  Meniere’s disease symptoms may start out quite mild and then evolve to become more permanent and disabling. An attack can be preceded by a set of warning signs and symptoms:

Symptoms once an attack begins can include:

In the period following an attack, a Meniere’s sufferer is likely to feel exhaustion and extreme fatigue.  For some, months or even years may pass in between attacks. For others, they may be far more frequent. Because Meniere’s disease can be so unpredictable, it can make getting the proper care complicated.

If you’ve been diagnosed with Meniere’s disease, you’ve likely been offered or prescribed a variety of medications for both short-term and long-term symptom management.  Medications might include anti-nausea drugs, steroids, antibiotics, and diuretics. Whether you’re seeking out more natural methods of caring for Meniere’s disease because you’re concerned about the side effects of long-term medication usage, or you simply want to take a more holistic approach to your self-care routine, you might want to consider the following options:

Upper Cervical Chiropractic Gets to the Root Cause

There is one thing that, whether they realize it or not, many Meniere’s disease sufferers have in common, and that’s some kind of past history of head or neck injury.  Because it takes years, sometimes over a decade, before the onset of Meniere’s symptoms, many people who are affected never connect the injury with their current condition.

Upper cervical chiropractic care is unique in that it is aimed at precisely and gently correcting the head/neck misalignments, called upper cervical subluxations, that may be triggering the collection of Meniere’s symptoms  As an experienced vertigo chiropractor based in Kelowna, British Columbia, we at Functional Spinal Care  take a thorough and detailed approach that gives individualized care to each of our patients. Based on measurements taken from specialized imaging, a customized adjustment is created specifically for that individual.  Because these corrections are so precise, they require very little force in order to accomplish a gentle, lasting correction.

If you are suffering from Meniere’s disease or from any other health condition that causes episodes of vertigo, then seeking out upper cervical chiropractic way may be the best natural means of regaining your quality of life.  As a result of their upper cervical correction, many Meniere’s patients have experienced a reduction in the severity and frequency of their symptoms.