Migraines: What Causes Them and How to Find Natural Relief

Migraines: What Causes Them and How to Find Natural Relief 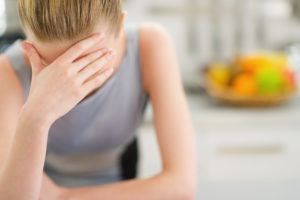 Migraines are very painful and can cause you to lose out on important family and social activities as well as work. The symptoms associated with migraines are as follows:

If you have what is called sporadic migraines, your head pain and other symptoms may only last a day or two. If you suffer from chronic migraines, this means you experience head pain more than 15 out of 30 days. For this reason, you should consider seeing a Canadian chiropractor based in Kelowna, British Columbia.

This is a subject that remains under much debate among the medical community and researchers. There are quite a few theories and some facts that are known, but overall, migraines remain a bit of a mystery. Since the brain has no feeling, it is hard to understand why the head hurts so much. Here are a few of the more widely accepted theories:

A study back in 1995 made a connection between migraines and overactivity of the brainstem. While this theory has evolved some and thinking has changed, the brainstem still plays a vital role in the onset of migraines. The brainstem provides the main motor and sensory sensations to the face and neck via the cranial nerves. There are 12 cranial nerves total; 10 of them originate in the brainstem. This is an important part of the brain as it acts as the communication highway of the body. Nerve connections of the sensory system and the motor system from the main area of the brain to the rest of the body travel through the brainstem. The brainstem also has the responsibility of regulating respiratory and cardiac function in the body. It helps keep you awake, helps you sleep, and regulates the central nervous system. It takes care of many of the autonomous functions of the body, the ones we don’t have to think about but happen anyway, such as breathing and digestion.

Now that we see how vital the brainstem is in the overall function of the body. It makes sense that if it is malfunctioning for some reason, the end result can be health problems, including migraines and other serious issues. So, before we talk about what makes the brainstem stop working properly, let’s look at some common triggers for migraines that you can work at avoiding so as to have fewer and less severe migraines.

Keeping a migraine diary is an excellent way to find out which of the following things may be your personal trigger. It is different for each person. Writing down what activities you were doing, foods that were eaten, weather conditions, and stress levels before your migraines hit can help you see a pattern developing so you can avoid these things in the future. Some common triggers for people with migraines are:

These are all things to keep track of in your migraine diary and try to avoid. People with migraines often report that keeping a steady, regular routine of sleep and eating certain foods helps keep migraines under control. But, what about that brainstem issue? What causes it and can anything be done for it?

Why Brainstem Malfunctions Cause Migraines

It has been repeatedly seen in studies that a misalignment in the top bones of the neck — the C1 and C2 vertebrae — can be linked to migraines. What does this have to do with the brainstem? The brainstem is located in the same area as these bones. In fact, these cervical bones were created as a protection for the brainstem. The problem comes in when these bones endure trauma. It can even be minor trauma as the bones are more susceptible to misaligning than other vertebrae. This is due to their shape and mobility in allowing the head to turn in many directions. Something as simple as a mild blow to the head and neck or a trip and fall can cause a misalignment here. When this occurs, the brainstem is actually put under stress. This causes a number of issues to ensue.

For one thing, the brainstem can send improper signals to the brain about what is happening in the body. This can cause inflammation and other issues that lead to migraines. Another serious problem that may develop is that the misalignment acts as a hindrance to the flow of oxygen-rich blood and cerebrospinal fluid. If these fluids build up in the brain, they can cause intracranial pressure, which leads to migraines. Misalignments may hinder the right amount of fluid from getting to the brain. This also can lead to migraines developing.

As upper cervical chiropractors, our professional migraine relief center in Kelowna, BC, uses a gentle method that encourages the bones to move back into place without the need to pop or crack the spine in any way. Once this is completed, the body can begin to heal the damage done. Fluid flow is regulated once again. Most patients report an improvement in migraines in as little as one or two adjustments. Some see their migraines go away entirely.