Getting Ahead of Meniere’s Disease Naturally & Effectively

Getting Ahead of Meniere’s Disease Naturally & Effectively 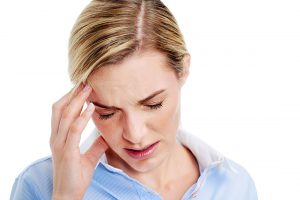 Meniere’s disease, also referred to as endolymphatic hydrops, is a disorder of the inner ear that can cause disabling vertigo.  One of the leading causes of frequent visits to a vertigo chiropractor based in Kelowna, British Columbia, this condition was first identified in the early 1800’s by a French doctor named Prosper Meniere, who was the first to identify the combination of symptoms that is unique to the disease.  Feeling like the world is spinning around you can be an alarming occurrence, and oftentimes those that live with Meniere’s disease experience severe bouts of vertigo that can creep up without much warning.  It is estimated that over 45,000 new cases of Meniere’s disease are diagnosed each year.

The inner ear, under normal circumstances, contains fluid within an area called the endolymphatic sac.  This fluid is in a constant state of being produced and reabsorbed, which should keep fluid levels steady.  With Meniere’s disease an excess of fluid builds up, either because there is an overproduction or a decrease in reabsorption.  The excess quantity of fluid causes the hallmark symptoms of the condition:

These symptoms typically occur in episodes that can last anywhere from 20 minutes to 4 hours.  In rare cases, symptoms can persist for an entire day. It is one of the most common causes of vertigo and dizziness that has its roots in the inner ear.  The disease impacts men and women equally and most commonly appears in the 20-50-year-old age range.

There are many theories that exist as to why Meniere’s disease develops, but there is no one consensus among healthcare professionals.  Abnormal quantities of endolymph (the fluid within the inner ear) may build up due to:

A person is typically diagnosed with Meniere’s disease by undergoing hearing testing and MRI imaging.  Additionally, the vertigo episodes associated with Meniere’s is not triggered by changes in head or body position as it is in BPPV (benign paroxysmal positional vertigo, another very common cause of vertigo attacks).   There is a fairly standard course of treatment that is recommended:

These treatment options are aimed at reducing symptoms to a tolerable level.  A low-salt diet is recommended to reduce overall fluid levels in the body in hopes that there might be some relief to the inner ear congestion.  Anti-vertigo and anti-nausea medications are used to relieve the symptoms of acute vertigo attacks. Sometimes corticosteroids are also used, either orally or injected behind the eardrum.

There are many reasons why people are seeking out a natural care option for Meniere’s disease, including the desire to manage what is considered to be a chronic, progressive condition without the risks and side-effects that come along with the traditionally used treatments.  A growing number of Meniere’s disease sufferers are finding that relief under upper cervical chiropractic care – a niche within the chiropractic profession.

Upper cervical chiropractic is unique in that it looks for very specific misalignments in a very specific area of the spine – where the head and neck meet.  The vertebra that forms this connection is called the atlas, and it plays a critical role in your body’s ability to function properly on many levels. The atlas forms a protective ring around the brainstem, the part of the central nervous system that regulates many life-sustaining functions.  It also bears the weight of the head, and when off, can cause compensations throughout the rest of the neck and spine. Perhaps most relevant to Meniere’s disease sufferers are two important points:

By addressing this underlying component, many Meniere’s disease sufferers have experienced significant reductions in their symptoms.

Two published studies have documented the results that those with Meniere’s disease have seen following a course of upper cervical chiropractic care, and they are encouraging.  Most notable is that all (100%) of the patients were found to have a misaligned atlas that occurred due to some kind of head or neck injury. Many patients could recall a specific incident that may have caused the initial misalignment (I.e. sports injury or motor vehicle accident).  Some injuries were severe, but some were seemingly small at the time and the duration of time between the trauma to the onset of Meniere’s disease varied greatly, averaging about 15 years.

In two separate studies that included over 400 Meniere’s disease patients, 97% reported a dramatic improvement in their vertigo and associated nausea or vomiting.  This one fact alone made a difference in how these people could go about their daily life – going to work, socializing with friends, spending time with family, driving to the grocery store, etc.

If you are living with symptoms of Meniere’s disease and are ready to get to the bottom of what’s going on, then your next step is to schedule a consultation with an upper cervical chiropractor or a vertigo chiropractor in Kelowna.  Here at Functional Spinal Care, we can help Meniere’s sufferers to identify and correct subtle misalignments of the atlas that can be contributing to the development of day-to-day symptoms. Upper cervical care has been the answer for many, and it could be your next step towards achieving natural, lasting relief.